Over the years, there has been growing public disapproval about the use of wild animals in entertainment. This concern is shown by the impact of the film Blackfish and the decline in SeaWorld attendance after its release, the closing of the Ringling Bros. and Barnum & Bailey Circus, and the passage of statewide bans on the use of wild animals in traveling acts in New Jersey, Hawaii, and California.

Lions, tigers, bears, and elephants are wild animals – sensitive species whose needs as mammals no circus can meet. This inability for circuses to properly care for these animals has been recognized in over 40 countries around the world, where (some or all) wild animals have become prohibited for use in circuses and other traveling acts; in Canada, there are local bans on the use of animals in circuses in over 33 municipal jurisdictions.

In the U.S., there are currently six states and over 150 localities (cities, towns, and counties) in 37 states that have passed various restrictions or bans involving the use of wild animals in circuses.

In 2016, Rhode Island banned the use of bullhooks, a cruel elephant training device resembling a fireplace poker.

In 2017, Illinois and New York banned the use of elephants in traveling shows.

In December 2018, New Jersey became the first state in the nation to ban the use of wild and exotic animals in traveling shows, and less than a week later Hawaii passed a similar groundbreaking rule.

In 2019, California banned the use of all animals in circuses, except for dogs, cats, and domesticated horses.

Massachusetts has reintroduced a state bill (S.2251/H.3376) to ban the use of big cats, bears, primates, elephants, and giraffes in all traveling exhibits and shows.

On the federal level, the Big Cat Public Safety Act (H.R. 263) is a federal bill that would ban public contact with big cats and restrict private ownership of big cats.

Below, FOUR PAWS gives you an overview of U.S. states and other countries that have already taken action against the use of wild animals in circuses, or in some cases, where ban regulations are still being debated politically around the world. 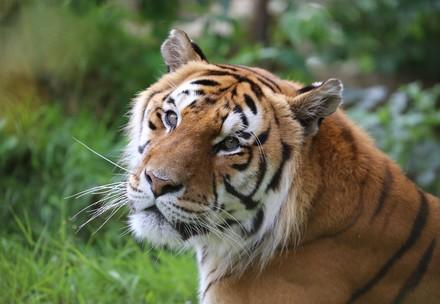 Time to end the exploitation of big cats in the U.S. 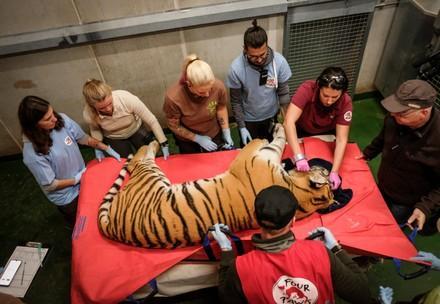