Donate
FOUR PAWS in US Our StoriesBlog & NewsBeware of Ticks!

The number of infections linked to the diseases carried by ticks is on the rise. These include Lyme disease, TBE, Rocky Mountain Spotted Fever, and babesiosis. Experts estimate that approximately every fourth tick carries pathogens. This number is alarming because ticks have high exposure rates to humans and animals.

Ticks lurk in high grass waiting for their victims

Ticks usually become active as temperatures rise, generally above 46 degrees Fahrenheit. In some regions like New England, tick season peaks twice a year. The first tick season begins around April and lasts through August. The second begins in the fall. But tick seasons and their peak can vary depending on where you are in the United States and just because winters are cold doesn’t always correlate to ticks being inactive.

Ticks mainly live in deciduous forests and mixed woodlands. They sit in grasses and low-lying vegetation waiting for their warm bodies to pass by. A sensory organ on the ticks' front legs called Haller's organ, helps ticks detect a host animal. When found, ticks settle on a host, pierce the skin with their mouths, and suck blood. Ticks can gorge on a host animal for days before dropping off. This bite is where the danger lies. While taking in blood, ticks can transmit microbes and bacteria that can lead to infections and help spread disease.

Diseases and Illnesses to be weary of

Lyme disease is caused by the Borrelia sp. bacteria spread by ticks. In dogs, after they are bitten by a deer or blacklegged tick (Ixodes scapularis), symptoms experienced can include loss of appetite, reduced energy, difficulty breathing, fever, swelling of joints, lameness, and stiffness coupled with an arched back.

Babesiosis, a tick- borne malaria- like illness, is transmitted by same kind of ticks that transmit Lyme disease, ticks of the Ixodidae family comprised of hard ticks and scale ticks. First symptoms of this illness in dogs and cats include exhaustion, lack of appetite, and anemia accompanied by fever and lethargy. If you suspect your pet might have babesiosis, see a vet immediately. Without treatment this disease is lethal.

The same is true of TBE (tick-borne encephalitis, which is viral and not bacterial) Weakness and drowsiness are early warning signals in dogs and cats, followed by high fever and seizures. In its early stages, TBE can be treated with antibiotics. Without treatment TBE leads to fever attacks, fatigue and joint inflammation, and eventually to paralysis. Vaccination is recommended, although unfortunately, it does not offer 100 percent protection. Interestingly enough, TBE is most often diagnosed in animals with a low immune system.

Rocky Mountain Spotted Fever poses a risk to dogs (and people) across the United States and some parts of Canada. Signs of Rocky Mountain Spotted fever can be non- specific making it more difficult to detect at times. Most affected by this illness experience fever, abdominal pain, diarrhea, vomiting, poor appetite, muscle or joint pain, coughing, hypersensitivity, swelling of the face or legs, wobbling when walking, and/or depression. In severe cases, nosebleeds and focal hemorrhages can occur.

Prevention is our best weapon

Contracting a tick-borne disease is 100% preventable. Preventing a tick bite before it even happens is our best defense against these terrible infections. Follow these quick tips to help prevent

Ticks vary by species and different species are found in different regions, climates, and landscapes across the U.S. Here are some of the ticks you should be aware of, as noted by the Center for Disease Control and Prevention (CDC¹.)

Blacklegged ticks, also known as deer ticks, are common in over 30 states ranging as far south as Florida, as far north as Maine and as far south west as Texas and North Dakota. These tick populations are especially prevalent in the New England region, Mid- Atlantic and Midwest. A bite from them could cause Lyme disease.

The Brown Dog tick is found in every single continental U.S. state, as well as worldwide. Dogs are the main host of this tick.

The Western Blacklegged tick is found along the Pacific Coast of the U.S. It is especially prominent in Northern California.

The Rocky Mountain wood tick is found in the Rocky Mountain states and southwest California. The CDC specifically mentions that these ticks are found at elevations from 4,000 to 10,5000 feet.

The Lone Star tick is found in states along the entire east coast, parts of the Midwest, and parts of the southern United States.

The Gulf Coast tick is found along the coastal regions of the states along the Gulf of Mexico and the Atlantic Ocean.

The American Dog tick can be found in over 35 states, most popularly among the east coast and in the central United States.

What to do if you find a tick

Dealing with a tick on your body or your pet’s body is tricky. If the tick is biting, you may have to decide if you have the appropriate tools and equipment to remove it properly.

Mobile and crawling ticks should be removed immediately. Anyone who handles a tick should wash their hands thoroughly and immediately. If the tick is biting, distinguish if you can remove it properly (with the head intact). If you think it may be embedded with the head full submerged in the skin, you may need tweezers and possible rubbing alcohol. See instructions below for details steps:

How to remove a tick¹:

Products are available that both defend against ticks and kill them. ‘Spot-on' tick control products recommended by a vet can protect your pet. Drops are applied to the back of the neck where an animal cannot lick them off. It’s important to mention: in the case of the insecticide 'Permethrin,' dogs tolerate this substance very well, but it is toxic for cats. Read the instruction sheet carefully and do not use the same product to treat dogs and cats.

Spot-on products are recommended, especially for cats, rather than flea collars. For cats, flea collars can get caught when cats roam or climb and commercially available anti-parasite collars do not guarantee 100 percent protection. Each product has an expiry date that must be watched and again, do not use the same products for dogs and cats. Make sure to consult your veterinarian for any questions and concerns you have. 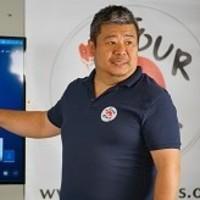 Jackson has worked for many conservation and animal welfare organizations, and has over 20 years of experience in non-profit management, providing support and expertise to hands-on work with animals. He responded to disaster relief efforts in Iraq, Indonesia, Philippines, China, Japan, Thailand, India, the Caribbean, Australia, and the USA.

Jackson is the Director of the Disaster Relief Unit, which assists communities with animals affected by disasters. He is currently affiliated with universities in the USA and China. 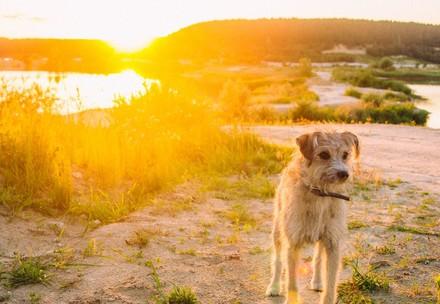 Rising Global Temperatures in 2019 Affect Humans and Their Beloved Pets 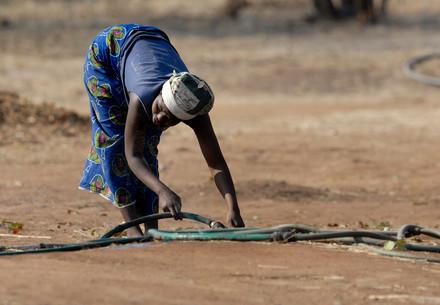 What would life be without water?

Cape Town is bracing itself for Day Zero 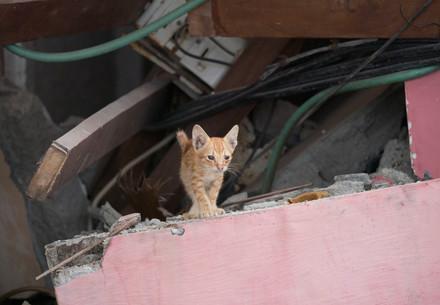