Donate
FOUR PAWS in US Our StoriesBlog & NewsMovie Review: The Lion King

The much-anticipated remake of the original 1994 Lion King movie was released on July 19th in U.S. theaters and it proved to live up to its hype. Produced and directed by Jon Favreau, the movie combines the beloved Disney story with beautiful hyper-realistic imagery, a big-name cast, and new versions of the same great catchy songs—it’s still the same classic with some updated, added flair.

I was hooked the minute that the movie opens with the iconic scene of baby Simba being presented to the other animals by Rafiki. From that point on, the movie did not disappoint. The plot follows the same storyline as the original but does add in some nuances, such as some new comedic interactions between Pumba and Timon. Although I was admittedly on the fence initially on how realistic animals talking could be, my hesitations were easily dismissed as the artwork dazzled. The problem for me? Many of the actors are well-known, and I found it hard at times to separate the actor from their character (for instance, Beyonce, who voiced the older Nala and John Oliver who voiced Zazu), but this is something others may enjoy.

Perhaps the most triumphant part about the film is the masterful use of computer-generated imagery (CGI) which made the scenes truly come alive. With this technology, the movie was successful in showing the captivating beauty of the African landscapes, very accurate mannerisms and intricate details of the animals. From my standpoint working in an animal protection organization, we celebrate the fact that the rise of CGI now leads to less live animals being used in the movie industry.

As you may know, mistreatment of wild and companion animals is still prevalent in today’s entertainment industry. The issue remains a contentious point between animal welfare activists and the entertainment industry that stresses they have standards of care for their animals. With that said, there are still incidents of mistreatment and injury. To me, whenever you remove an animal from a stressful, unnatural situation, this is a win. CGI greatly benefits our case in this case.

Even if you are not animal lover like me, you will love the quality work that the producers and actors have put into the movie. The new Lion King movie provides a much different experience than the 1994 original version of the film, but why would you want it to be the same? It’s a movie that reignited my love for the story and provided beautiful visuals while at the same time not using live animals– that’s something to celebrate. Here’s hoping future films follow suit. Bravo, Disney! 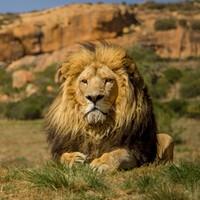