January 10, 2020 – After weeks of extensive negotiations with authorities, FOUR PAWS and its Romanian partner, animal welfare organization ARCA, have finally received custody of the surviving 180 sheep rescued from the ship that capsized off the coast of Romania in November 2019.

Earlier today, FOUR PAWS and ARCA took physical custody of the sheep and transported them to a farm north of Bucharest. Now 180 sheep, the only survivors of a cargo shipload of over 14,000, finally have the specialized care they need to overcome the trauma of the ordeal.

“We are happy that the Romanian authorities placed the sheep in our care and will continue cooperating with them closely. Shortly after arrival, our team on-site began to examine them and determine their future care. So far, they are mostly in good condition. Now they can rest and recover from all the suffering they’ve had to endure recently,”

The recent ship tragedy in Romania is a reminder that, again and again, massive animal welfare problems occur during live animal transports and hundreds of thousands die as a result. EU transport regulations do not sufficiently cover basic needs of animals nor regard animal welfare as a concern.

In addition to a complete investigation and clarification of this terrible incident, FOUR PAWS calls on the EU Commission and all member states to work towards an end to live animal transport. In the meantime, they need to invest in sustainable solutions that reduce the suffering of animals during live transports, such as a limitation of the transport duration of live animals to a maximum of eight hours, more unannounced checks and tougher sanctions for infringements.

“Clearly, animals cannot be protected on such journeys. Live animal transport must therefore be banned. Every year more than three million live animals are transported from the EU to third countries. No matter how strict the rules may be and how tragic this accident is, mass deaths like this are becoming more common, be it on the road or on ships. FOUR PAWS calls upon Romania to stick to its announcement to work towards a transport of meat instead of animals. All other European member states and the European Institutions should follow suit.”

-Martina Stephany, Director of the Farm Animals and Nutrition department at FOUR PAWS

For these 180 sheep, however, life is looking up. The sheep will stay at the farm in north of Bucharest until a final decision has been made on their fate.

FOUR PAWS is the global animal welfare organization for animals under direct human influence, which reveals suffering, rescues animals in need and protects them. Founded in 1988 in Vienna by Heli Dungler, the organization advocates for a world where humans treat animals with respect, empathy and understanding. FOUR PAWS’ sustainable campaigns and projects focus on companion animals including stray dogs and cats, farm animals and wild animals – such as bears, big cats, orangutans and elephants – kept in inappropriate conditions as well as in disaster and conflict zones. With offices in Australia, Austria, Belgium, Bulgaria, Germany, Kosovo, the Netherlands, Switzerland, South Africa, Thailand, Ukraine, Hungary, the UK, the USA and Vietnam, as well as sanctuaries for rescued animals in twelve countries, FOUR PAWS provides rapid help and long-term solutions. www.four-paws.us 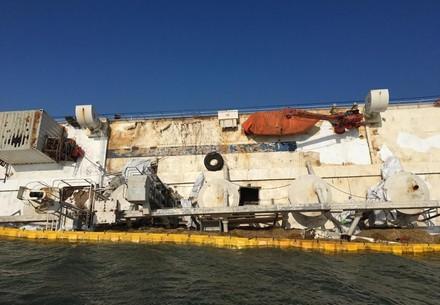