Donate
FOUR PAWS in US Our StoriesRescuesRescue Jeta

Jeta spent years being paraded around by her owner in the summer heat on a chain attached to a ring through her nose. She was led all over Albania’s beaches, towns and tourist spots for people to take selfies with her for a small fee. Every tug of the chain caused her great pain. When she wasn’t working, she spent miserable hours on a bare concrete floor, chained in a dark shed outside her owner’s house in Korca.

In 2016, the Albanian authorities helped the FOUR PAWS veterinary team to free her. The team tranquilized the bear, fitted her with a microchip, removed her nose ring, and examined her. They found that the almost toothless bear had several raw and bleeding holes in her nose, was undernourished and suffering from an eye disease. Despite her weakened state, Jeta was able to make the trip to the zoo in Tirana.

No more selfies with Jeta under the burning sun

In August 2017, Jeta was finally transferred to Dancing Bears Park Belitsa in Bulgaria, a sanctuary for dancing bears run by FOUR PAWS in cooperation Fondation Brigitte Bardot. Once released into her spacious natural enclosure, Jeta recovered significantly and even went into hibernation in her first winter in Belitsa!

A step towards ending the private keeping of bears in Albania

In October 2019, with over 30 bears rescued from bad keeping over the past years and pressure from advocating and campaigning by several national and international NGOs incl. FOUR PAWS, Albania makes a big change to toughen measures against environmental crimes.

The 'Law on Wild Fauna Protection and Preservation' was amended and as result, a 'National Council on Wild Fauna' is to be established with the task to mainly monitor and contribute to the implementation of the new law. Although the law does not explicitly legally ban the keeping of bears in Albania, there and only very few bears remaining in bad keeping in Albania. For the remaining bears and other native wildlife species, there are plans by the Albanian government to establish a sanctuary close to Tirana. 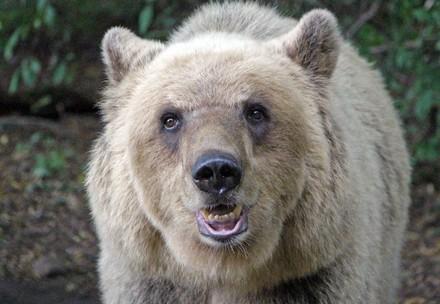 One of Europe’s saddest bears rescued 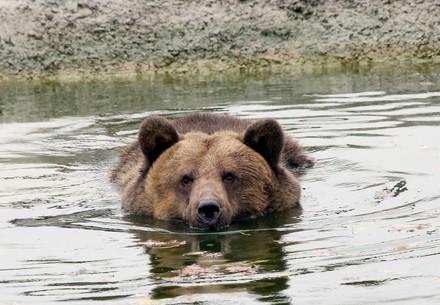