We talk a lot about hibernation here at FOUR PAWS. Largely because we find it fascinating but also because we have one hundred and twenty-seven bears living in our seven bear sanctuaries around the world. Of those 127 bears, 85 are brown bears, and as springtime is now upon us in the northern hemisphere, our bears will be awakening from this period of deep rest. Yet, there is still much we don't know about the secret life of sleeping bears.

While science has yet to discover a great deal about hibernation, one important detail -and a common misconception- is that it is all about sleep. On the contrary, hibernation is defined as

For our purposes, we classify the low state of activity, occasional sleep, and minimal metabolic function as hibernation in our bears. Not to be confused with the deep hibernation of small mammals like hedgehogs, a bear’s hibernation is a form of winter rest, which allows them to survive the colder season when there is less food available. Though bears simply prefer to take it easy during the winter months but they can be easily roused to defend themselves if necessary.

It all begins in late summer when our bears begin to bulk up, gaining the extra weight that will sustain them during winter. Bears use this time to eat foods full of fat and sugar such as fruits, nuts, seeds, and berries.

They will also begin the process of finding or making their dens (more on that below) and gathering cushion and insulation in the form of grass, leaves, ferns, moss, and lichen.

During hibernation, bears reduce their metabolic rate, their body temperature drops, their heartbeat dips to an average eight beats per minute, and they may breathe only once every 45 seconds or so. Due to this inactivity, they may also lose up to 40% of their body weight.

As our sanctuaries are located in different countries, the onset of hibernation varies, but hibernation usually takes place between mid-October to late March. Forty-five of our brown bears at six of our seven bear sanctuaries, hibernated this year.

A particularly interesting fact about hibernation, specifics vary wildly not just between species but from bear to bear.  Like most natural phenomena, a high degree of flexibility is involved. Like bears in the wild, hibernation behavior is extremely individualized. While some bears make their own dens by digging or burrowing into the ground or vegetation, other bears take the prefab approach, using natural rock caves, hollows, or fissures. These different approaches to denning are represented in our sanctuary population. While some bears, like Pashuk and Gjina, spend time building and digging their dens, other bears like Sylvia and Pavle spent most of the time in pre-made structures like their bear houses.

Some bears may use the same den for several consecutive years. Some of our bears share dens, snuggling together for weeks at a time.

Even more fascinating is that our rescue bears hibernate at all. The natural instinct to hibernate is so engrained in a bear’s DNA that although a bear may have been born in captivity, knowing nothing but concrete underfoot, they can in essence (re-)adopt this natural behavior, given the proper circumstances.

For instance, our famous sibling gang, Ema, Oska, and Ron were rescued as cubs and have been at our BEAR SANCTUARY Prishtina in Kosovo since 2014. Winter 2019- 2019 was the first year they hibernated, sharing one den. This winter they decided to go alone, each one taking their separate space.

Teddy, a new rescue at the Dancing Bears Park Belitsa in Bulgaria, which we run with Foundation Brigitte Bardot, has not yet hibernated this year which is not uncommon in bears that have been recently rescued and still need to adapt to their new surroundings. Instead, he has been enjoying the winter, playing in the snow, and enjoying enrichments, such as a sack filled with spices. Chances are high that Teddy will hibernate in future years as he becomes more familiar with his new sanctuary home.

The Bear Sanctuary in Arbesbach in Austria, is home to four brown bears, including bear pals, Emma and Erich who hibernate together in their artificial den. They are the very picture of peace and tranquility as they snuggle together all winter. Thirty-three-year-old Tom also enjoys his winter rest, while Brumca likes to spend more time out of her den.

The twenty-two bears who reside at our Bear Sanctuary Domazhyr in western Ukraine enjoy the nearly 40 acres within the UNESCO Roztochya Biosphere Reserve. Potap, the first resident of Bear Sanctuary Domazhyr is now thirteen years old, and just as friendly and cheerful as ever. He explores every corner of his large enclosure during the warmer weather, and when the weather turns cool, he remains in his warm den in the woods all day long.

Maya who lived at the Bear Sanctuary Mueritz in Germany, holds the title for the longest hibernation at the sanctuary, lasting five months! Having been rescued from a zoo in the Black Forest along with her sons Ben and Felix, Maya had never been given the opportunity or proper living conditions to hibernate. Just four months after being rescued, Maya felt comfortable enough in her new home to enjoy the gift of her first hibernation. Although Maya passed away in 2016 at age thirty-three, she was famous for her long, peaceful hibernations, and she is remembered fondly.  Ben and Felix are still with us today at Mueritz, the biggest bear sanctuary in Western Europe, which provides a near-natural habitat for the fifteen brown bears who call it home.

Amelia, Meimo, and Jambolina reside in the mountains at Arosa Bear Sanctuary, the first and only bear sanctuary in Switzerland. No matter where you live in the world, you can keep an eye on our hibernating Arosa bears via our live web cams. (Link: https://www.arosabaerenland.ch/baeren/live-aus-dem-baerenland)

There is still a great deal the scientific community does not know about hibernation. Can learning more about this frontier lead to medical discoveries that can be applied to humans?  For example, what is it that allows bears to lie around for weeks without suffering a breakdown of bone or muscle mass, or develop skin sores? How is it that bears and other hibernating animals can seemingly turn their organ function 'on and off' on demand? And what does their individualized approach to sleep teach us humans? Can the answers to these questions be a “fountain of youth” for human geriatric medicine?

What can we learn from the secret life of sleeping bears? Back to the world of animals, can consistent practice of hibernation in bears be a litmus test for their overall welfare in captivity? Can winter behavior of bears in captivity be used as a yardstick to measure whether an enclosure is well suited to the species?

All our sanctuaries around the world provide the appropriate materials and landscape for bears to hibernate. Their health is closely monitored by veterinarians and sanctuary staff, and the bears are given plenty of undisturbed time to hibernate in peace. Having been rescued from inappropriate and unsafe living conditions in roadsides zoos, circuses, attractions, and bear bile farms, these #saddestbears deserve to enjoy the natural gift of hibernation. We look forward to watching them emerge from their winter rest this spring, rejuvenated and ready to enjoy some spring snacks and playtime!

Help us care for our rescued bears! It is contributors like you that allow Four Paws to rescue animals in need and keep our sanctuaries running. 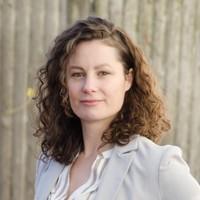 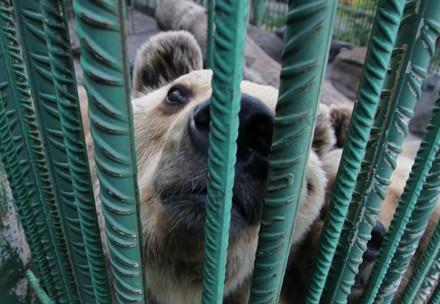 Save the saddest bears Albania 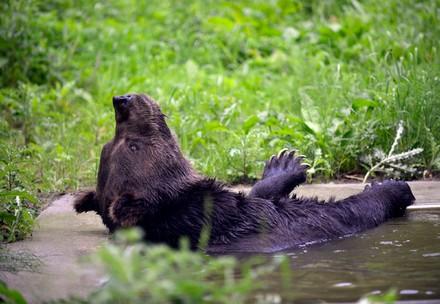 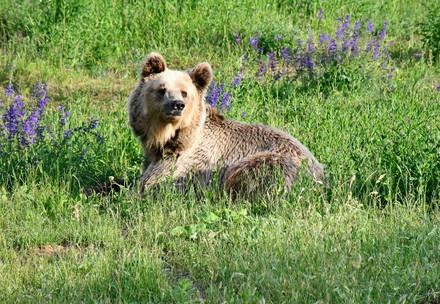 The Transformation of a Rescued Wild Animal

After being rescued, many of our animals go through a mental and physical transformation