Tigers are a highly endangered species, with current estimates indicating there are only 3,900 left in the wild. Ambitious, science-based conservation efforts, along with anti-poaching and community-based engagement plans, are necessary to secure a future for these majestic and elusive big cats.

Unfortunately, there are more tigers living in captivity than are left in the wild, particularly in the U.S., and this is a problem. The relentless demand for tigers – traded for their parts but also to be displayed commercially – significantly contributes to the decline of the species. Legal trade facilitates illegal trade and causes a real threat to wild tiger populations.

FOUR PAWS has been fighting for years to end the global exploitation of big cats. Our research and undercover investigations have revealed that the lucrative commercial trade of captive tigers is happening not only in Asia, but throughout Europe as well.

Shockingly, tigers born in captivity in Europe can still be traded for commercial purposes like circuses or for private keeping and for photo opportunities. To make matters worse, no legal authority or country knows how many tigers are currently kept in the European Union; this same situation of exploitation and unknown numbers applies to the captive tiger population in America as well.

In FOUR PAWS’ most recent report, Europe’s Second-Class Tigers, we reveal a shocking discrepancy between figures held by European authorities and the results of a recent investigation. This latest research highlights that the exact number of captive tigers is unknown by the relevant authorities and reveals the gaps in data pertaining to the numbers of big cats born, what happens to them during their lifetime and after they die.

In November 2018, FOUR PAWS published its first report on the European tiger trade, Protect our tigers: ban the commercial trade, which was shared with all the EU member states and the EU Commission.

More information on our campaign to end the tiger trade in Europe is available here.

Watch below for more on our work against the tiger trade!

Tigers in the U.S.

Similar to the EU, the exploitation of tigers for profit is common throughout America, and the true number of captive big cats in the U.S. – and what happens to them once they’re gone - is unknown because there is no federal law or comprehensive regulatory system in place to document their numbers. Further, reports and undercover investigations that attempt to analyze what documentation is available find an unsettling picture of captive tiger breeding in the U.S.

According to a 2018 CITES report that reviewed 68 countries with captive tiger populations, the U.S. had the highest number of facilities with tigers in captivity – 355. The U.S. was also second to China in having the largest number of captive individual tigers.

Our lack of national regulations on captive-bred tigers in the U.S. undermines conservation of tigers in the wild, our efforts to combat the illegal trade in wild tigers, and our ability to call on other countries like China to end their tiger breeding farms for commercial profit. This is why bills like the Big Cat Public Safety Act (H.R.263) are necessary, to help protect tigers in the wild while also ending the rampant breeding, exploitation, and inhumane treatment of  thousands of captive tigers, lions, and other big cats in the U.S. 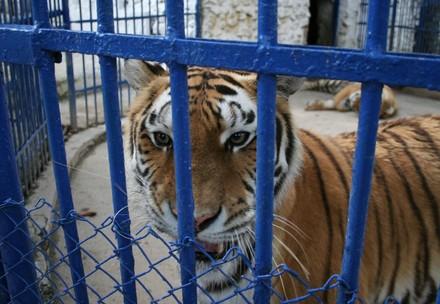 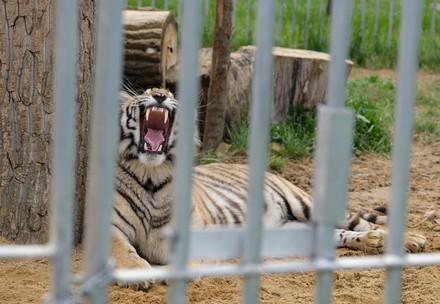 Milestones in the fight to ban the #RuthlessTrade in Europe

Mission to expose the horrific realities of the tiger business