Donate
FOUR PAWS in US Campaigns & TopicsTopicsRapid Response for Animals
2020

Conflict Rescue: FOUR PAWS goes where no one else can

We are honored to have the support of the Eric S. Margolis Family Foundation, who has made transformational philanthropic investments to FOUR PAWS USA. The Eric S. Margolis Family Foundation produced this incredible video highlighting our daring animal rescue missions undertaken in Mosul, Aleppo, and Gaza. We are grateful for their support and for enabling our rescue team to save animals from the tragedy of war. Watch and relive our rescue mission efforts.

It is our donors who make our important work possible. To help support our emergency response missions around the world and be part of the action, please visit here. 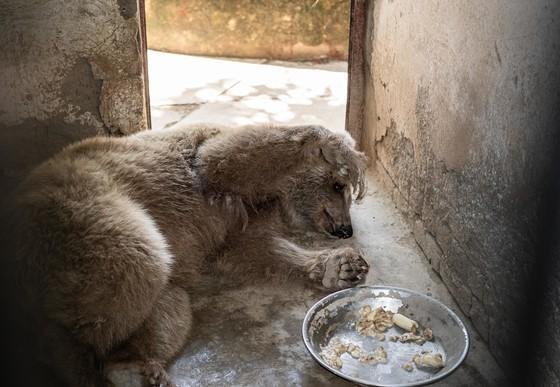 After a ground-breaking decision from the Islamabad High Court to close down the under-funded Marghazar zoo, an immediate relocation of the remaining animals was planned. Due to inexperienced animal handlers, a harrowing incident happened, where two lions lost their lives from the effects of the fire. Therefore, we have been asked to help with the urgent relocation of about 30 animals still suffering in these inappropriate surroundings - a result of mismanagement of the zoo, lack of staff experience and insufficient funding. Together with the Islamabad Wildlife Management Board, we will give our best to help them all as fast as possible. Every minute counts and as usual our team on-site is determined to change the lives of these animals for good. Read more! 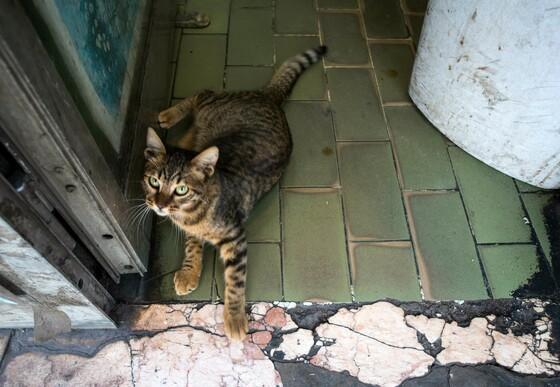 On August 4th 2020, a huge explosion devastated Beirut, causing enormous suffering and destruction and leaving the lives of both people and animals in desperate need of help. Confused, starving and dehydrated, many animal are left roaming the ruined streets of Beirut struggling to survive. Read more! 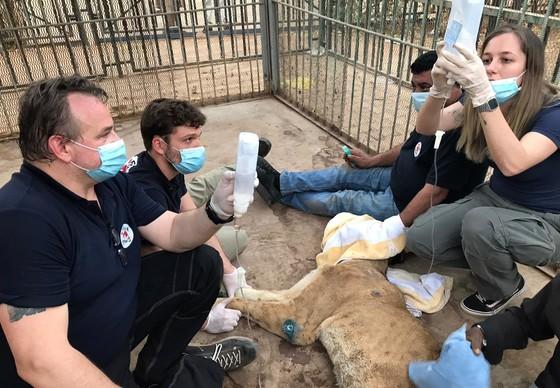 In mid January, photos of famished lions in a zoo in Sudan circulated the globe and immediately caught our attention. Due to a lack of financial resources, the animals have been left to starve. We were there to help them.

FOUR PAWS conducted a mission from 29th November to the 2nd December, in collaboration with 'Animals Lebanon'. Due to the ongoing instability in the country, both privately owned zoos lack the resources to take care of their suffering animals. After the approval from the authorities, the our team, consisting of wildlife veterinarians and animal keepers, traveled to Lebanon to support the two zoos with medical treatments and appropriate food. FOUR PAWS is currently working on a long-term solution for the animals. Watch our video! 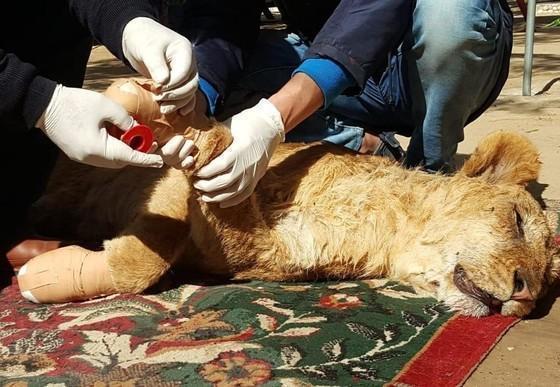 Over 40 animals were suffering in Rafah Zoo, Gaza. At the beginning of 2019, Gaza's oldest zoo attracted worldwide attention. Four lion cubs froze to death there due to the harsh weather and poor keeping conditions. Only a few weeks later, a 14-month-old lioness was permanently mutilated by the brutal and unprofessional removal of her claws. Almost 150,000 people demanded immediate action - and fortunately, we were able to follow that call. Read more about how we freed 47 animals their cages. 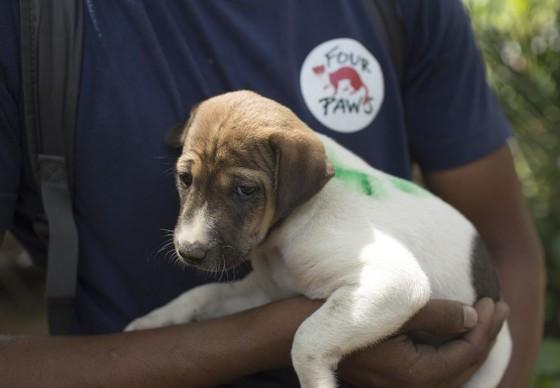 After two months of tireless efforts, the team has vaccinated 58,386 animals. The FOUR PAWS team in Myanmar is celebrating this partial victory against one of the deadliest diseases in the country. Read more why the fight against rabies is a long-term one.

According to OCHA, over 163,000 people were displaced by end of January 2017 due to military operations to retake Mosul from the Islamic Stat of Iraq and the Levant (ISIL). During this period, the zoo staff members were unable to enter the zoo. Nearly all animals  which were not killed by shrapnel, died of starvation or escaped.Simba the lion and Lula the bear – the only animals left alive in Mosul’s zoo – have been evacuated from the war-torn city. FOUR PAWS coordinated the rescue mission, taking Simba and Lula first to the nearby city of Erbil, from where they were flown to Jordan. Simba is now at LIONSROCK in South Africa, while Lula is still in Jordan at the Al Ma’wa for Nature and Wildlife Reserve, a partnership between Princess Alia Foundation and FOUR PAWS. Watch our video! 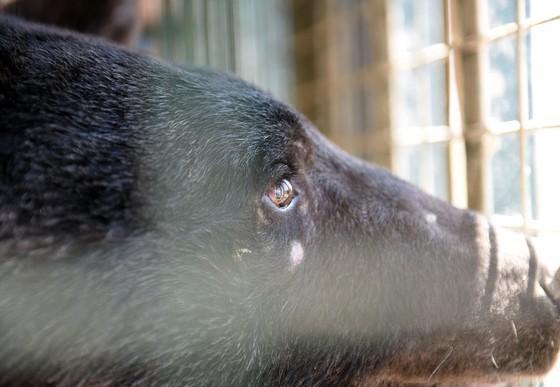 War in Syria has not only forced millions of people to flee their homeland, claimed hundreds of thousands of victims and devastated the country. Countless animals have also lost their lives. The few survivors have vegetated for many months, some even years, in bombed-out zoos. Read more about how we rescued 13 animals from a destroyed the “Magic World” recreational park close to Aleppo. 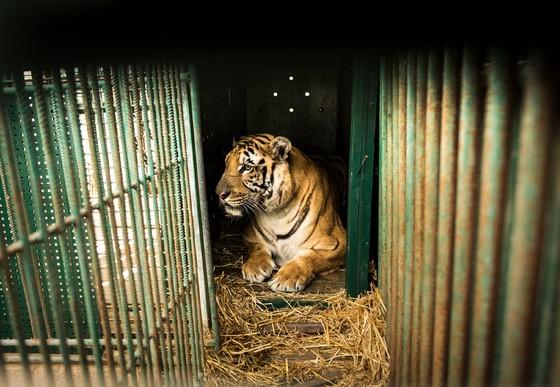 Years of suffering in desolate cages, starvation and a lack of freshwater: FOUR PAWS conducted an intensive rescue mission to save the remaining 15 animals at Khan Younis Zoo. The FOUR PAWS managed to load the animals and transport them over the border. Read more about the mission. 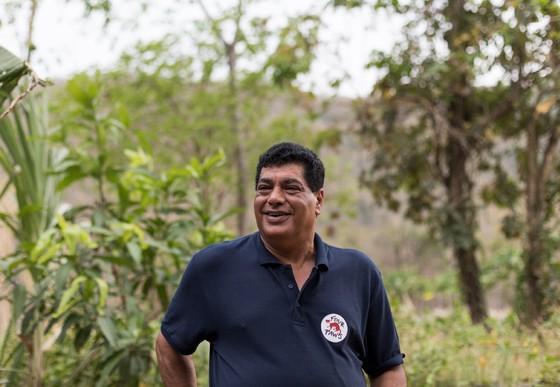 For more than 30 years the FOUR PAWS rapid response team has helped animals in need!

Amir Khalil remembers all of his missions very well: "We've been to Gaza five times, we've had missions in Egypt during the Arab Spring, Tripoli, Zimbabwe... and have helped several wild animal evacuations from Romania, Bulgaria and other zoos around the world." 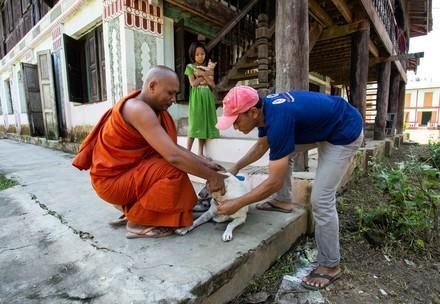 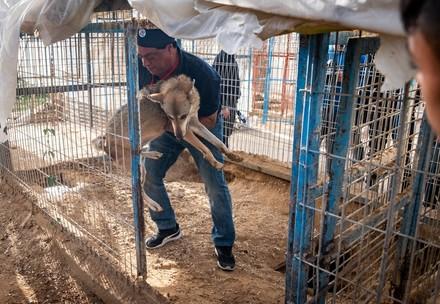 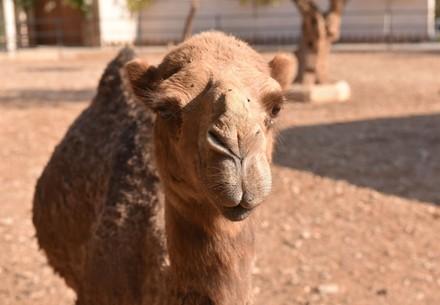